Bradford Ellis, Executive Director of Vernon Homes, was awarded the 2016 Eli Pick Facility Leadership Award by the American College of Heath Care Administrators. This is the second year in a row that he has received the award for his leadership of Vernon Homes’ nursing facility Vernon Green.

The award recognizes administrators whose teams have achieved a level of organizational quality that few others have been able to reach. Ellis was one of only 280 nursing home administrators nationwide who received the award and one of just 247 recipients whose award included virtual recognition, meaning that he provided leadership throughout the entire award year.

Ellis said, “Receiving this award is a great honor. It reflects on the involvement and commitment of the entire team at Vernon Home, because the criteria for receiving it are all based on objective quality care data. The families of our residents can consider it more proof of the good care we take of their loved ones.” 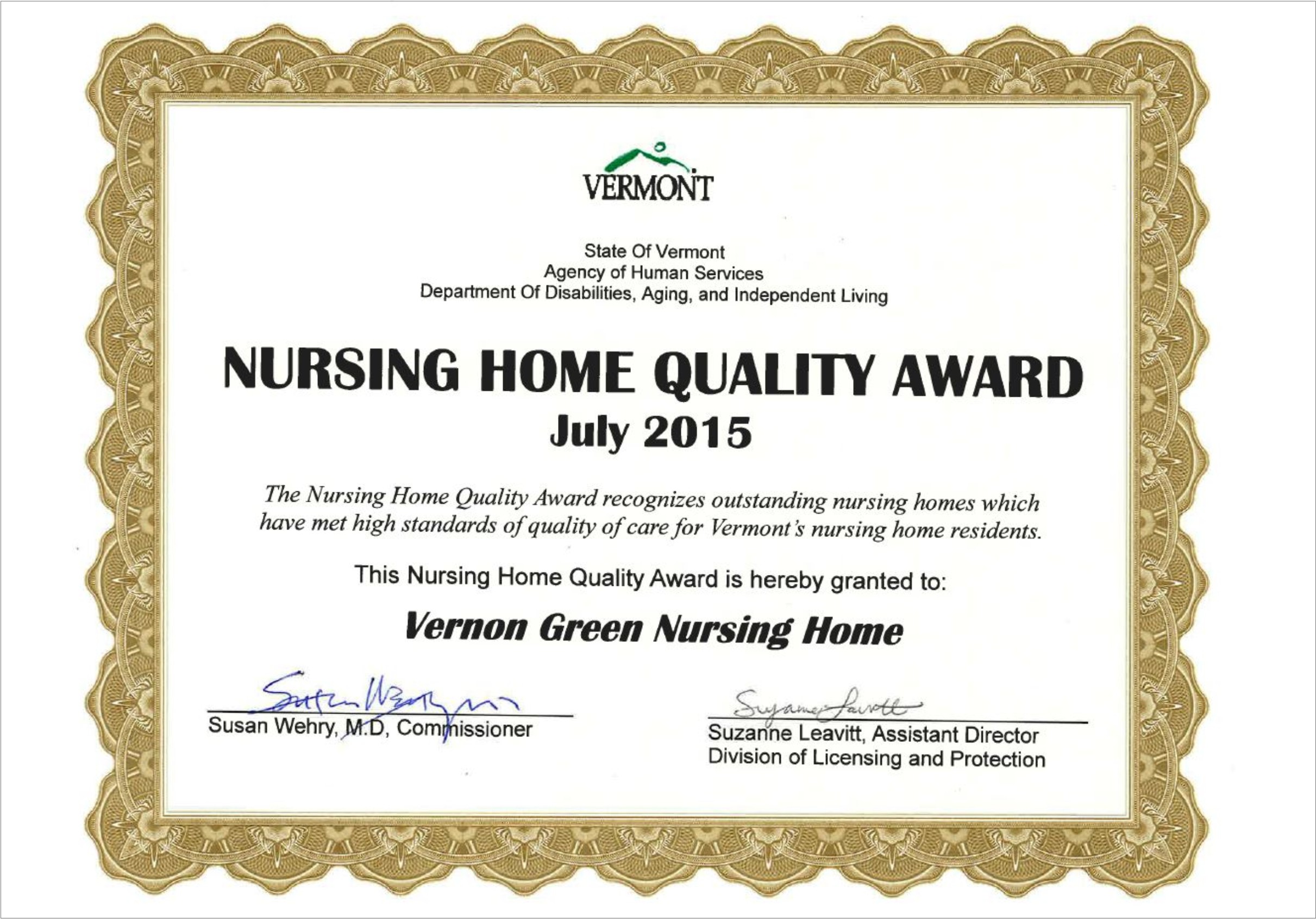 In July 2015 Vernon Green was awarded the Nursing Home Quality Award from Vermont's Department of Disabilities, Aging and Independent Living.  We were one of five out of Vermont's 37 nursing homes to earn this prestigious award.  Thanks to the entire team at Vernon Green!

Voted the Best of the Best - again!

Vernon Green Nursing Home received another Best of the Best Award as Vermont's top nursing home.  That makes 16 years in a row!  And Vernon Hall received its eighth straight Best of the Best in the assisted living category.  Thanks to each VACH team member who made this double string of success possible! 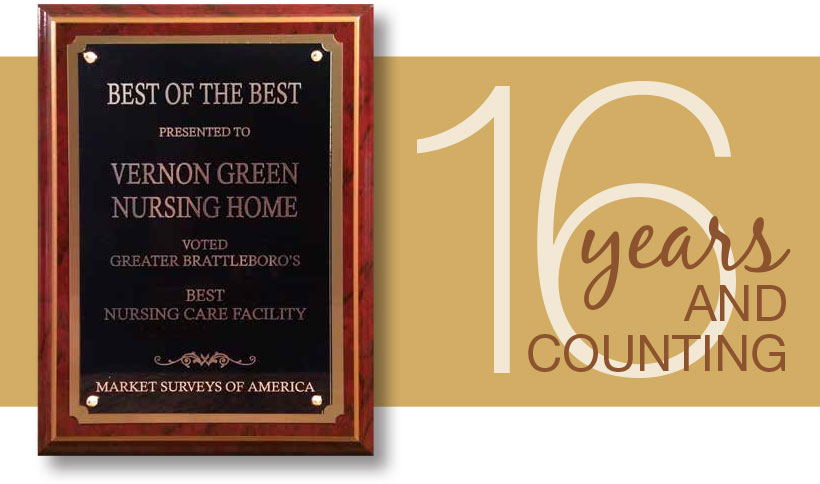 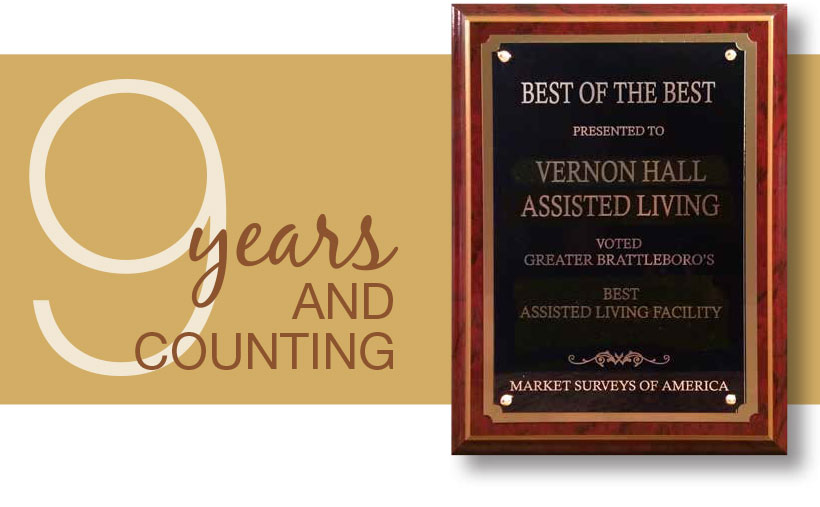 Our Profiles in Grace video series, which profiles the lives of 13 ACRC residents in 11 videos concludes with the summary video below.  If you've seen the individual videos, this one "puts a wrap" on the production.  If you haven't, it serves as an introduction.  We invite you to watch each one - again, or for the first time.

Learn the essential facts you should know in the free DVD: 10 Things to Know When Selecting a Physical Rehabilitation Facility. Request your copy: info@vernonhome.org.

Winner of the 2013 Excellence in Action Award

Only 395 skilled nursing, assisted living, and independent living organizations around the nation earned this award for 2013, placing us in the country's top 10 percent for resident satisfaction.

“ I have lived at Meetinghouse Village for nearly 10 years - almost three years with my husband and seven years alone, since he passed away. It's a very pleasant and affordable place with no worries about maintenance and costly repairs. There's a lot to do: social events, game nights, movies, gardening, etc. if you wish to participate. We also have a hair salon, exercise rooms, woodworking shop, laundry room and mail room, all under our roof. I have quiet, friendly neighbors, and I feel happy and safe living here. I couldn't find a better place to live on my income.  ”